IP Senior Associate Peter Dalton looks at the case for patent protection in the fintech sector. Almost all fintech innovations are implemented through software, and there is… Read more

IP Senior Associate Peter Dalton looks at the case for patent protection in the fintech sector.

Almost all fintech innovations are implemented through software, and there is a commonly held view that patents for software, especially in Europe, are difficult if not impossible to obtain.  This is  not correct – the good news is that inventions implemented through software can be patented in all major jurisdictions, if certain criteria are met.

Fintech is seeing a particularly high level of activity in this area. A recent report found that there are 80,000 individual fintech-related innovations covered by published patent documents, covering innovations across a range of services including payments, banking, wealth management, capital markets, insurance and lending with a technology angle (such as IOT, big data, mobile etc).[1]

Large companies tend to dominate due to their understanding of the importance of patenting; Companies such as VISA, Bank of America, Hitachi, MasterCard and eBay all hold hundreds or even thousands of fintech-related patents. However, the landscape is by no means dominated solely by large organisations. The top 200 patent proprietors only hold 39% of the total patents in the fintech space; the other 61% is taken up by smaller market players. A number of newer, tech-focused companies are seeing the importance of protecting their intellectual property and obtaining patent protection for their inventions.[2]  Examples in fintech include Wonga, Mozido, OnDeck and WePay, all of which have been granted patents relating to their software innovations in recent years.

Why think about patenting?

We often receive complaints from clients that a third party has copied the functionality of their software, perhaps by obtaining and studying the software itself and the accompanying manual. Copyright does not help you here. If a third party analyses your software to understand what it does, and independently creates original software code which replicates this functionality, it will not usually be an infringement of copyright. Copyright allows you to prevent the copying of particular aspects of software: for example, the code itself, a particular GUI, images or text used, etc. It does not protect the underlying idea or concept.

Unlike copyright, patents protect the functionality of the invention itself, regardless of the code implementing the invention. Once granted, the owner of a patent can prevent third parties from exploiting the method, process or apparatus protected by the patent, even if they developed the technology independently. This monopoly on the invention lasts for up to 20 years from the date of filing the patent.

This allows patent holders to exercise a monopoly on their invention, so only they can commercialise it, or license it to third parties either independently, or through international standards. This can provide a valuable revenue stream and increase the company’s profile substantially.

Patents are seen as highly valuable by investors and by the market generally, and an indication of the strength of the underlying business. Indeed, patent applications are still valuable to companies in terms of attracting investment, as potential investors view them as indicating a proactive and strategic approach to IP protection.

What do I need in order to be able to obtain a patent?

Any patented invention needs to be novel and involve an inventive step. This means it must be new and inventive over any invention which has been disclosed previously. These could be inventions which have already been marketed, or which have been published in papers or advertising materials. This includes disclosures made prior to the filing of a patent application. Therefore, it’s important to think about patenting as soon as possible in the development process and before any full product launch. It is also important to make sure that any disclosure of potentially patentable material in discussions with potential business partners is covered by a confidentiality agreement.

In Europe and the UK, in order to be patentable an invention which is implemented in software must also make some form of “technical contribution”. This means it must provide a technical benefit which goes beyond the normal operation of a computer. In the fintech context, this might (for example) be a software invention which speeds up trading, allows customers to connect to services in a new way, or a new and unique payment method. It may not be immediately obvious what parts of a product may be patentable; we work with skilled patent attorneys to help clients identify potential patentable rights and uses of their technology which they may not even have thought of.

Patents are national rights and a granted patent applies only to the country in which it is granted. Companies limit their patent applications to key jurisdictions. The decision of where to file will usually be guided by where they are trading and intend to trade in the future. For fintech patents, it is common to see US, European, Japanese and increasingly Chinese applications.

There are a number of objections that are often raised when discussing patent protection. Two of the most common are:

1. It’s not worth patenting software, as the sector moves so quickly.

Given the potential value of patents, and the attention being given to patenting by other players in the fintech space, the protection of inventions should be considered as part of your overall IP strategy. In order to maximise the potential options, you should be considering this at the concept stage, before an innovation is put on the market (as publication can prevent patentability.

Patents are not suitable in all cases, but even where you ultimately decide not to proceed, the exercise of reviewing an innovation for patentability can be a very beneficial exercise. It can lead to the identification of other more suitable forms of protection, increase developer participation in the IP protection process, and lead to the identification of other uses of or enhancements to your innovations which may you may not have considered.

We regularly provide consultations for clients considering patentability, and IP protection more widely. If you would like to find out more about protecting your IP, please contact Peter Dalton or Jeremy Harris. 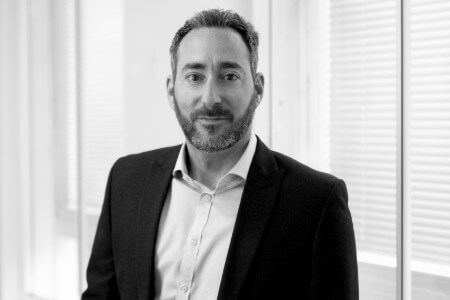