Useful guidance on TUPE in outsourcings

The 2006 revision of the Transfer of Undertakings (Protection of Employment) Regulations (“TUPE”) was intended to clarify the law regarding the transfer of employees in an outsourcing context, by clarifying that TUPE would usually apply to an outsourcing, because of the introduction of a new concept of a “service provision change”. Instead of providing much-needed clarity, we have seen a raft of further litigation around the new concepts used in the legislation. However, some useful guidance for outsourcing practitioners has been drawn out by the case law, as set out below.

Only employees who are “assigned” to the organised grouping of employees which is the subject of the relevant transfer will pass from the transferor to the transferee under TUPE.

A. Meaning of “Activities”

TUPE requires the “activities” being carried out on behalf of the client to be continued following the transfer. But to what extent do the activities need to be exactly the same before and after the transfer? The courts had previously confirmed that the activities need not be identical provided that they are “fundamentally or essentially the same as those carried out by the transferor”, but this left a question as to the degree of change which was required to prevent there being a TUPE transfer.

There was a somewhat surprising decision on this point in the case of OCS Group (UK) Ltd v Jones (UKEAT/0038/09). The Employment Appeal Tribunal (“EAT”) held that the pre-transfer provision of canteen services to BMW’s Cowley factory serving hot and cold meals was not sufficiently similar to the post-transfer provision of pre-prepared sandwiches and salads. Thus, there was no transfer of the canteen staff under TUPE to the new service provider.

This decision left service providers in some confusion – the OCS case is admittedly not a particularly useful example from which to draw precedent for your average IT outsourcer.

Useful example within IT outsourcing

Thankfully, the case of Enterprise Management Services Ltd v Connect-Up Ltd (UKEAT/0462/10) has dealt with the definition of “activities” in the field of IT outsourcing. Enterprise provided IT services to Leeds City Council under a framework agreement which gave Enterprise preferred bidder status amongst Leeds schools. Enterprise offered two service levels: (i) a complete managed service which applied to both administrative and curriculum matters; and (ii) software maintenance support.

At the time the contract was put up for re-tender, Enterprise provided services to 80% of Leeds schools, most of which signed up to the software maintenance support services. Following the re-tender, the contract was awarded to Connect-Up under a contract which excluded any service cover in relation to curriculum matters (around 15% of the work which had previously been carried out by Enterprise). In addition, Connect-Up lost a significant number of schools to five other contractors. The Enterprise staff claimed they should have transferred to Connect-Up under TUPE.

In this case, the fact that the different activities represented only 15% of the total was seen as sufficient, which may be a helpful rule of thumb for other service providers, where changes to the services can be expressed in percentage terms.

B. Distinction between “organised grouping of employees” and “assignment”

In the case of Eddie Stobart v Moreman (UKEAT 0223/11), the EAT looked at this concept of an “organised grouping of employees” and gave some useful guidance as to its meaning.

The EAT held that it was not sufficient for the employees to principally carry out the relevant activities on behalf of the client “without any deliberate planning or intent”. The employees must be organised by reference to the requirements of the particular client, in order for them to transfer under TUPE.

Eddie Stobart’s Nottinghamshire site provided warehousing and logistics services for two customers, Vion and another company. The day shift staff worked principally on the services for Vion and the night-shift staff worked principally for the other customer. Eddie Stobart decided to close the site and FJG Logistics Limited took on the Vion contract. Eddie Stobart argued that all of the day-shift staff, together with other staff who had spent at least 50% of their time on the Vion contract in the last 90 days were “assigned” to the contract and should transfer under TUPE to FJG.

Eddie Stobart lost the case, as the Tribunal found (and the EAT agreed) that the employees were “organised” into shifts, not around a particular customer. The employees in question spent the majority of their time working on the Vion contract because of the way Eddie Stobart organised its shift patterns, not because they were organised into a team whose principal purpose was to carry out work for Vion. In the present case, most of the employees did not even know for which clients they “picked” goods (as the goods were only identified by a bar-code).

The fact that a group of employees worked mostly for a particular client will not be sufficient to evidence an “organised grouping”. The amount of time that employees spend providing services to a particular client is relevant to whether they are assigned to the organised grouping that is transferring. However, it must first be shown that the employees are deliberately organised into an identifiable client grouping.

The Judge said that this “necessarily connotes that the employees should be organised in some sense by reference to the requirements of the client in question… The paradigm of an “organised grouping” is indeed the case where employees are organised as “the [Client A] team”, though no doubt the definition could in principle be satisfied in cases where the identification is less explicit”.

This is useful guidance for end users who may be outsourcing (for example) call centre or similar services, which are being provided by a central unit servicing many clients with no division of teams between clients. Unless there is some clear degree of organisation around/dedication to a particular client there will be no transfer and the question of how much time a particular employee spends working on the client’s contract will not come into play.

C. No transfer where the identity of the client changed

In a case which you might legitimately think was stating the obvious, the EAT in Hunter v McCarrick (UKEAT/0617/11) found that there was no service provision change where there was a change of clients, as well as contractors.

However, the finding belies the complexity (and slightly unusual nature) of the facts. Mr McCarrick was dismissed by his employer from his role as property portfolio manager. He argued that he had sufficient qualifying service to bring an unfair dismissal claim as a result of two TUPE transfers which preserved the continuity of his employment.

In the first transfer, Mr McCarrick’s employer Waterbridge Group ceased to carry out property management services in relation to its property portfolio and these were carried out instead by WCP Management on Waterbridge’s behalf – a classic first generation outsourcing, amounting to a service provision change under TUPE. Mr McCarrick’s employment was found to have transferred to WCP under TUPE.

Under the second “transfer”, the mortgagee of the property portfolio (Aviva) appointed receivers to take control of the properties and appointed new property consultants (King Sturge) to manage the properties. Thus the property management services ceased to be carried out by WCP on Waterbridge’s behalf and were instead carried out by King Sturge on Aviva/the receiver’s behalf. The EAT held that this second transaction was not a service provision change as there was a change of client as well as service provider.

However the EAT noted that there might conceivably have been a relevant transfer under the “original” business transfer test under TUPE (as opposed to the service provision change test), but insufficient evidence had been put forward to support this.

There is a real risk that this scenario would fall within the business transfer test under TUPE, rather than the service provision change, given that the “business and assets” (i.e. the portfolio) transferred. It is always worth keeping in mind this “original” test when analysing a potential TUPE situation, as it is broader in some respects than the service provision change test. 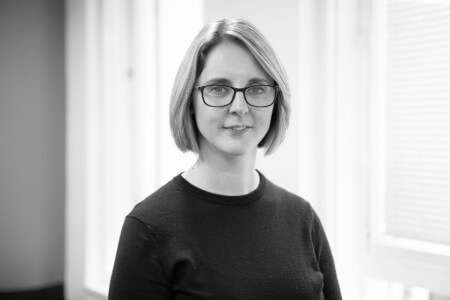 is an employment partner