What can the Bitcoin split teach us about consensus-based governance?

The past few months has been a particularly turbulent time for the cryptocurrency community. A disagreement between miners on the one hand and managers, administrators… Read more

The past few months has been a particularly turbulent time for the cryptocurrency community. A disagreement between miners on the one hand and managers, administrators and founders on the other, led to Bitcoin being split in August, with Bitcoin Cash diverging from legacy Bitcoin, as a new form of the currency. A few months on, we’re now seeing one faction of the community pushing for a network upgrade to take place in November, which could lead to yet another split if no consensus is reached.

Investors in Bitcoin will no doubt be watching this closely, as any decisions could affect the value of the currency (Bitcoin initially slumped 6.8% following the split in August). However, it’s my view that you don’t have to be a cryptocurrency enthusiast to find this whole episode completely fascinating. The situation with Bitcoin provides us with an interesting example of the role that a consensus based system can have in resolving disputes and acting as a governance system in a quasi-legal manner.

The typical approach to governance in negotiated contracts involves an increasing series of escalations and decision-making committees, meeting, taking into account certain information, and voting on a final decision. These committees are bound by pre-defined rules on the state of play. Typically, there are states of appeal, but ultimately, a single body (such as a judge or an arbitrator) will make a decision to resolve the dispute, based on the pre-agreed rules.

This is quite straightforward to picture in a contract setting, such as a dispute over the timeliness of an outsourced service, whereby the supplier argues that it was not given the necessary materials or instructions, meanwhile the customer claims that the supplier should have had or known these details.

The picture is muddied when we consider a far softer governance framework, such as the global domain name unique identifier system. This is run by ICANN, a non-profit organisation which was essentially established to implement U.S. Department of Commerce policy. ICANN has by-laws and committees, but was dogged for many years with ambiguity about the exact scope of its remit and authority.  From 2010 onwards, pressure increased to move ICANN out of its contract and oversight from the Department of Commerce and into the ‘global multistake holder community’. This process has been complicated and political, but, for this article, the key feature is that it required both a groundswell movement of support and lobbying, along with the consent of particular parties (such as Congress and the Department of Commerce). The end result, a ‘multistake holder model’ still comes to decisions. It aims to do so through a ‘bottom-up’, decentralised, inclusive, process, but it still makes a binary decision – yes or no, A or B.

Compare this with Bitcoin. Sweeping governance issues arose during the debate over the technology, which ultimately led to the splitting of the currency. A public and violent debate ensued, containing everything from principled positions, to pragmatic solutions, to nasty name-calling. The decentralised, anonymous nature of this platforms, with less chance of recurring transactions with any one counterparty, make this hearty and vitriolic debate more likely than in a private governance model.

What makes this governance system particularly interesting, is that there was no obligation for a unanimous decision to be reached. One side of the fence wanted to overcome technology issues with the currency by updating the underlying system, while the other wanted an entirely new currency – so both were ultimately implemented.

In this distributed ledger system, anyone can put forward a solution, anyone (with a few trivial formalities) can vote on their preferred answer, and multiple ‘solutions’ to the dispute can be accepted and form the go-forward system. Miners and traders each voted by mining or purchasing one option over another. Unlike traditional voting, this is on-going, open to all, and can be done in a non-attributable way, over and over again. As such, there is never a final and conclusive answer, never a holistic decision made, just a quantitative indicator of how aligned each view is with the rest of the market, and how much consensus there is for each view. It is in fact more akin to a prediction market, or a stock market – but for an idea, not an asset per se.

It will be interesting to see how this model plays out, and what other applications this form of ‘messy’ governance may have – particularly in systems which seek a ground-up consensus, and want to operate in a global manner while anticipating a changing world order. 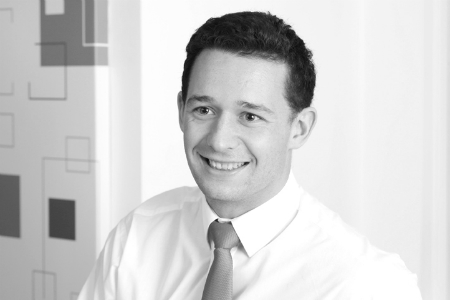 is a commercial technology managing associate & the cryptocurrency lead